Prehistoric shark teeth found at a 2,900-year-old site in the City of David


Scientists have found an ‘unexplained’ cache of fossilised shark teeth at a 2,900-year-old site in the City of David, Jerusalem.

The mysterious collection, consisting of 29 teeth in all, dates back 80 million years – making them as old as the late dinosaurs.

Researchers say they were found at least 50 miles (80 km) from where such objects would be expected – in the desert – and may have been transported to the city as collectors’ items at the time, before the birth of Jesus Christ.

They were taken from an ancient house, called ‘Rock Cut Pool’, along with fish bones thrown away as food waste and other infill material including pottery. 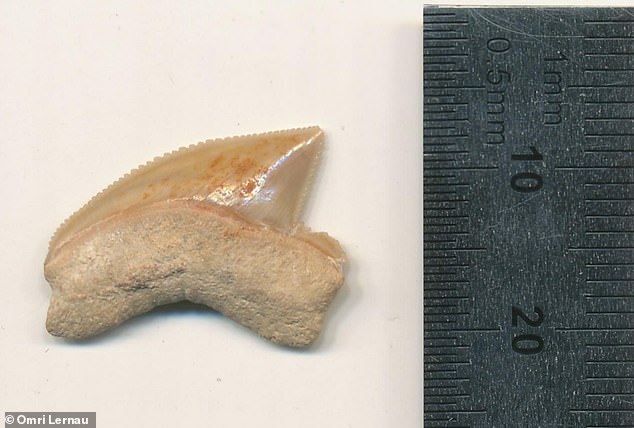 In all, 29 shark teeth, most likely traded as collectors’ items 2,900 years ago, were found in the ancient house at the City of David. There is no conclusive proof of why the cache was assembled, but it may be that the teeth were part of a collection

WHERE WERE THE TEETH FOUND?

The cache of 29 teeth were found at a structure called the Rock Cut Pool, adjacent to the Gihon spring, City of David, Jerusalem.

Rock Cut Pool was not a pool, as the name suggests, but a house.

The location is at least 50 miles (80 km) from where these fossils would be expected to be found.

Researchers used strontium and oxygen isotope dating techniques, as well as x-ray diffraction and trace element analysis, to establish most likely age and origin of the fossil teeth.

While their age has been established, the circumstances of how they got to Rock Cut Pool may forever remain a mystery.

‘These fossils are not in their original setting, so they have been moved.’ said lead researcher Dr Thomas Tuetken at the University of Mainz in Germany.

‘They were probably valuable to someone, we just don’t know why, or why similar items have been found in more than one place in Israel.

‘They were not simply weathered out of the bedrock beneath the site, but were probably transported from afar, possibly from the Negev, at least 80 km away, where similar fossils are found.’

The teeth were found buried in material used to fill in a basement before conversion to Rock Cut Pool, which is a large Iron-Age house.

The house itself was situated in the City of David, one of the oldest parts of Jerusalem, found nowadays in the largely Palestinian village of Silwan. 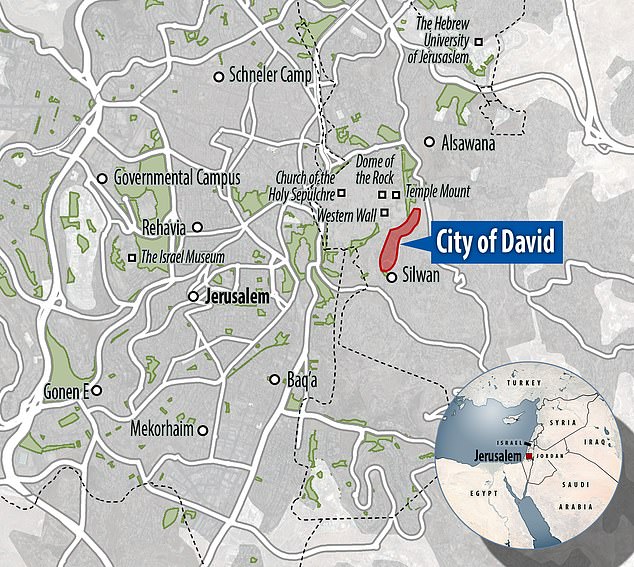 Intriguingly, they were also found together with hundreds of bullae – items used to seal confidential letters and packages – implying a possible connection with the administrative or governing class at some point.

The shark teeth have been identified as from several species, including from the extinct Late Cretaceous group Squalicorax.

Squalicorax, which grew to between 6.5 and 16 feet (2 and 5 metres) long, lived only during the Late Cretaceous period – a fact that corroborates results of the dating techniques.

Normally, archaeological material is dated according to the circumstances where it is found, and so at first it was assumed that the teeth were contemporary with the rest of the find.

‘We had at first assumed that the shark teeth were remains of the food dumped nearly 3,000 years ago,’ Dr Tuetken said. 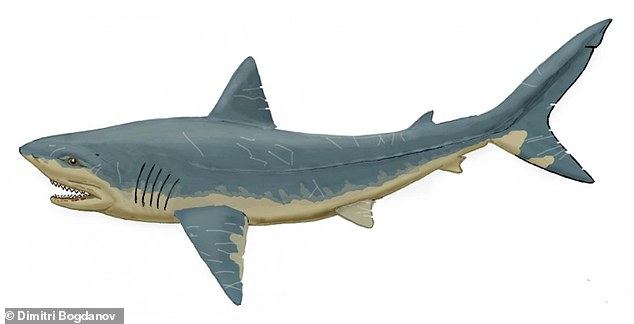 The shark teeth which have been identified come from several species, including from the extinct Late Cretaceous group Squalicorax. Pictured, an artist’s impression of a Squalicorax shark

‘But when we submitted a paper for publication, one of the reviewers pointed out that the one of the teeth could only have come from a Late Cretaceous shark that had been extinct for at least 66 million years.

‘That sent us back to the samples, where measuring organic matter, elemental composition, and the crystallinity of the teeth confirmed that indeed all shark teeth were fossils.

‘Their strontium isotope composition indicates an age of about 80 million years. This confirmed that all 29 shark teeth found in the City of David were Late Cretaceous fossils – contemporary with dinosaurs.’

The same team has now unearthed similar unexplained finds in other parts of ancient Judea. 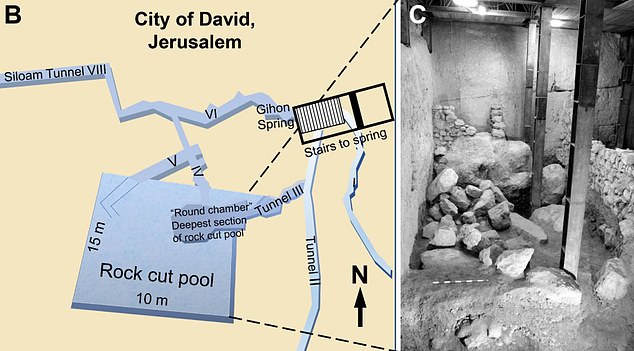 They were found in an ancient house, weirdly called ‘Rock Cut Pool’. Rock Cut Pool (interior, right) was not a pool, as the name suggests, but a house

Since the first finds, the team have found other shark teeth fossils elsewhere in Israel, at the Maresha and Miqne sites. These teeth are also likely to have been unearthed and moved from their original sites.

‘Our working hypothesis is that the teeth were brought together by collectors, but we don’t have anything to confirm that,’ said Dr. Tuetken.

‘There are no wear marks which might show that they were used as tools, and no drill holes to indicate that they may have been jewellery.

‘We know that there is a market for shark’s teeth even today, so it may be…

Read More:Prehistoric shark teeth found at a 2,900-year-old site in the City of David

Cats Are So Not Appreciated. Think Again.

Russia’s New Addition to the Space Station: When to Watch

Scientists: COVID did little to slow ‘catastrophic threat’ of climate…