WASHINGTON (AP) — The Biden administration lashed out at Iran on Saturday for accusing it of delaying a proposed prisoner swap to force a quick resumption of indirect nuclear talks.

The State Department slammed as “outrageous” comments made by Iran’s deputy foreign minister who alleged the US and Britain were holding the swap “hostage” to the negotiations over salvaging the 2015 Iran nuclear deal, known as the Joint Comprehensive Plan of Action or JCPOA.

In a pair of tweets from his verified account, Seyyed Abbas Araghchi said the nuclear talks in Vienna could not resume until Iran’s hardline president-elect is inaugurated in early August. “We’re in a transition period as a democratic transfer of power is underway in our capital,” he said.

The nuclear talks “must thus obviously await our new administration. This is what every democracy demands,” Aragchi said. He added that the US and Britain “need to understand this and stop linking a humanitarian exchange — ready to be implemented — with the JCPOA.”

“Keeping such an exchange hostage to political aims achieves neither,” said Aragchi who is Iran’s chief negotiator at the Vienna talks. “TEN PRISONERS on all sides may be released TOMORROW if US&UK fulfill their part of deal.”

A sixth round of nuclear talks ended last month without agreement ahead of Iran’s presidential election won by Ebrahim Raisi. The U. has repeatedly said it is ready for a seventh round as soon as Iran is ready while also calling for the immediate release of American citizens detained in Iran. 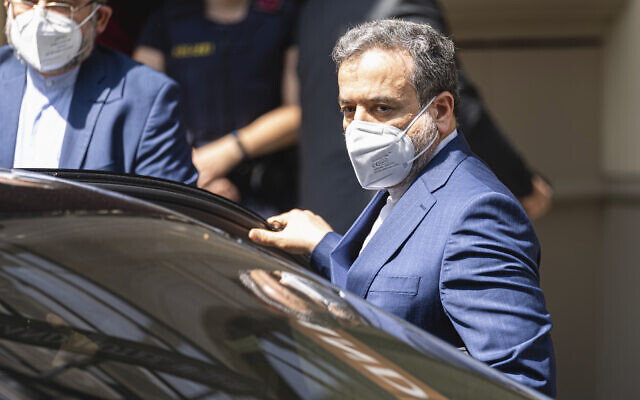 In response to Aragchi’s remarks, State Department spokesman Ned Price categorically rejected the claim, denied there was already an agreement on a swap, and said the US was prepared to continue talks on prisoners even while waiting for the resumption of the nuclear negotiations.

“These comments are an outrageous effort to deflect blame for the current impasse on a potential mutual return to compliance with the JCPOA,” Price said. “We stand ready to return to Vienna to complete work on a mutual return to the JCPOA once Iran has made the necessary decisions.”

Price called Aragchi’s reference to the possible imminent release of 10 prisoners on all sides “just another cruel effort to raise the hopes of their families.” “If Iran were truly interested in making a humanitarian gesture, it would simply release the detainees immediately,” he said.

Price did not address Aragchi’s claim that Iran is in the midst of a “democratic transfer of power” but he did decry his reference to the US and Britain holding the prisoner exchange “hostage.” He said it is the Iranian government ”that has been unjustly detaining four innocent Americans for years.”

Price said indirect talks on the detainees had been progressing in the context of the Vienna nuclear negotiations and the “delay in restarting that process is not helping.”

But, while he said the US believed the prisoner talks would be more effective in that context, he added that “we are also prepared to continue with talks on detainees during” the current hiatus.

The Biden administration has been trying to reverse former president Donald Trump’s 2018 withdrawal from the nuclear deal and has offered sanctions relief in exchange for Iran returning to full compliance with its obligations. 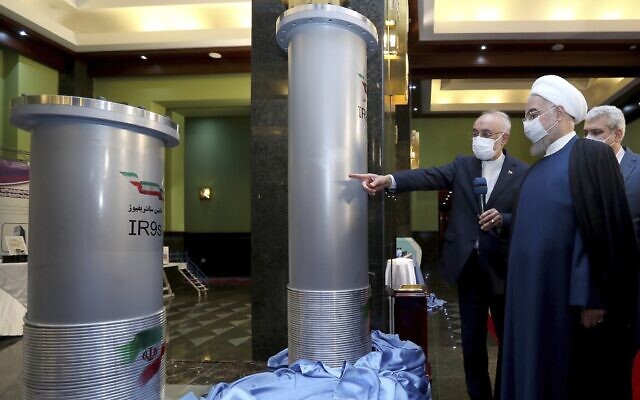 As the Trump administration stepped up its “maximum pressure” campaign against Iran by re-imposing sanctions that had lifted under the initial deal, Iran stepped up its violations of the agreement by running advanced centrifuges and increasing uranium enrichment and heavy water production. It has also refused to answer questions from the UN’s atomic watchdog about potential violations of other nuclear commitments.

You’re serious. We appreciate that!

We’re really pleased that you’ve read X Times of Israel articles in the past month.

That’s why we come to work every day – to provide discerning readers like you with must-read coverage of Israel and the Jewish world.

So now we have a request. Unlike other news outlets, we haven’t put up a paywall. But as the journalism we do is costly, we invite readers for whom The Times of Israel has become important to help…

Shailene Woodley on Why She and Aaron Rodgers Announced Engagement

COVID updates: PM says timeline for reaching vaccination goal is ‘up to us as