BUENA PARK, Calif. – SkyFOX was over a dramatic scene in Buena Park where a man was seen standing on top of a tall tower at the Knott’s Berry Farm Saturday evening.

The man, wearing a face-covering over his mouth, was standing beside the U.S. flag atop the park’s Supreme Scream tower for more than an hour.

SkyFOX is over a dramatic scene where a man was seen standing on top of a tall tower at Knott’s Berry Farm. 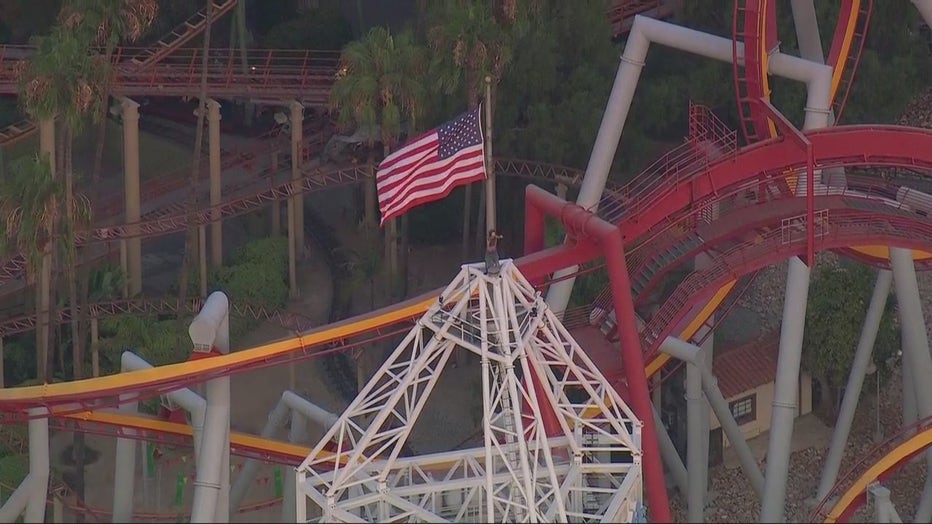 Get your top stories delivered daily! Sign up for FOX 11’s Fast 5 newsletter. And, get breaking news alerts in the FOX 11 News app. Download for iOS or Android.

The man eventually climbed back down safely, according to police in Buena Park. He is now in police custody.

“At approximately 7:23pm, Knott’s Berry Farm became aware of a male who had accessed a unauthorized area and climbed the Supreme Scream tower. Park personnel alerted local law enforcement and emergency responders who are now on site. The guest descended the tower at 8:55pm and is now currently safely on the ground in police custody. No other information is available at this time. The safety of our guests is always our top priority.”

It is unknown what prompted the man to make the terrifying climb atop the tower.

Tune in to FOX 11 Los Angeles for the latest Southern California news.

Warframe Will Get Cross-Play Support On All Consoles And PC

US Coronavirus: The surge of Covid-19 infections for unvaccinated people is only

Glenwood Canyon, Colorado: More than 100 motorists were stranded after mudslide onto