Former Victoria’s Secret model Bridget Malcolm says she was told to do cocaine and have sex when she was a teenager – because an agent insisted it would help her to ‘lose weight’.

The 29-year-old recalled the shocking advice in a new social media video, in which she opened up about the lasting mental and physical damage her time working in the fashion industry has left her with, detailing struggles with eating disorders, PTSD, and anxiety and depression.

Bridget, who is from Western Australia, also stated that she was ‘groomed by a much older man’ and ‘sexually assaulted multiple times’ before her 18th birthday.

‘By the age of 18, I’d lived in three countries alone, I’d traveled to all continents except for Antarctica, I’d been groomed by a much older man, I’d been sexually assaulted multiple times, I’d been told to do cocaine to lose weight by my agent,’ she said in the eye-opening video.

‘I was told weekly… I’d been under a lot of pressure to lose weight by my agencies [and] I developed PTSD.

‘I’d been told whilst I was underage to just have lots of sex to lose weight.’ 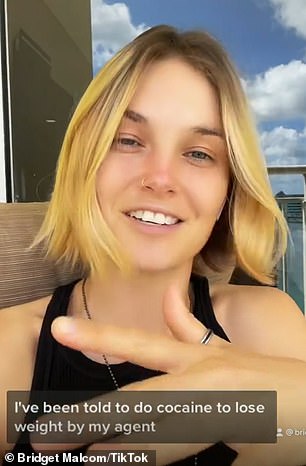 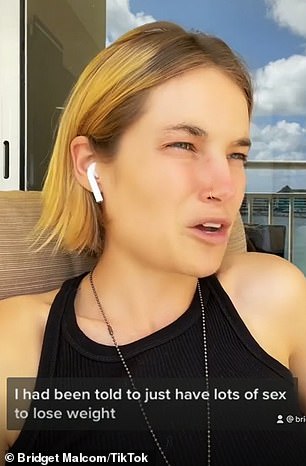 Speaking out: Former Victoria’s Secret model Bridget Malcolm says an agent told her to ‘do cocaine’ and ‘have sex’ in order to lose weight when she was under the age of 18 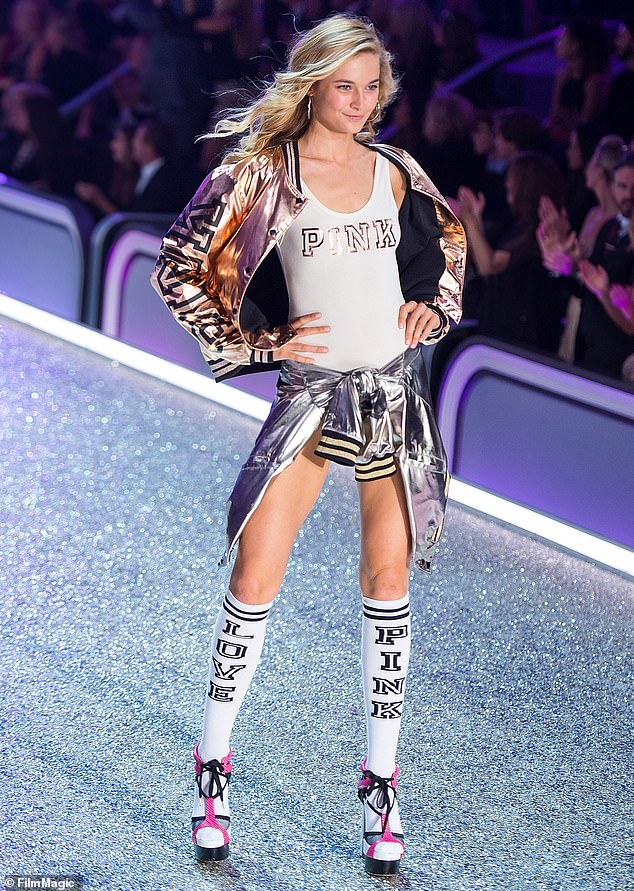 Career: The 29-year-old, seen in the 2016 Victoria’s Secret Fashion Show, says she was also ‘groomed by a much older man’ and ‘sexually assaulted multiple times’ before she turned 18

She did not name the agent or agency in question, however Bridget has been signed to multiple big-name companies, and is currently on the board of New York-based IMG, the same agency that looks after Gigi Hadid and Karlie Kloss.

Bridget, who was signed to her first agency – Australian company Vivien’s – at the age of 14, went on to share how the constant pressure to slim down and look a certain way affected her mental health, detailing struggles with eating disorders, and depression and anxiety.

The model also began battling substance abuse, explaining that her severe anxiety made her feel as though she couldn’t attend social functions without relying on alcohol to ease her nerves.

‘I was struggling with my gender identity and I had developed anorexia and orthorexia [unhealthy focus on eating healthy food], and anxiety and depression,’ she said.

‘I couldn’t socialize without drinking and was developing quite the reliance on Xanax and Ambien in order to get me through the night. And that was before I turned 18. It didn’t get better from there.’

Bridget – who walked in two Victoria’s Secret Fashion Shows, in 2015 and 2016 – did not reveal when all of this happened, however she turned 18 on November 3, 2009, suggesting that the ‘abuse’ she referred to all took place before she began working with the lingerie giant.

Childhood: Bridget was scouted by her first agent at age 14, and by 17 she was walking in New York City Fashion Week shows (pictured) 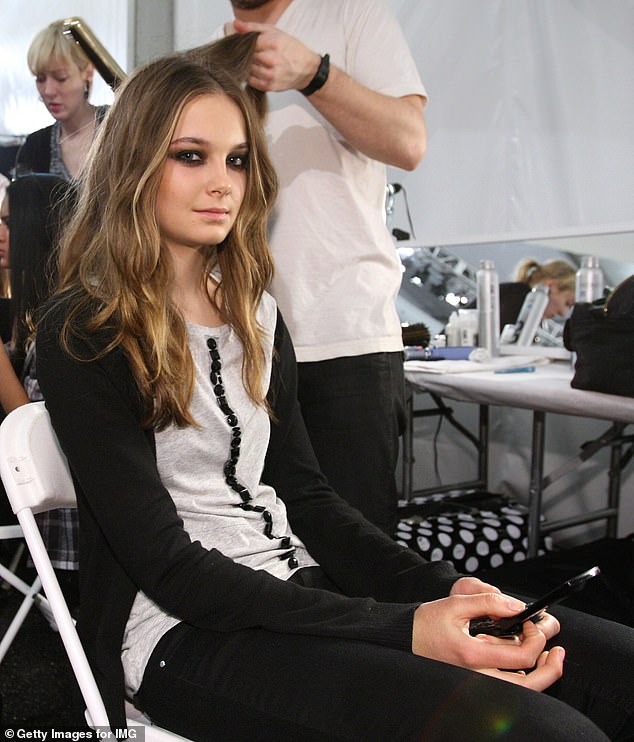 Battle: Behind the scenes, Bridget, seen backstage at a fashion show when she was 17, says that she was struggling with eating disorders, anxiety, and depression

However, the mental health struggles that were sparked by these early experiences were long-lasting and stuck with her throughout much of her career, before finally coming to a head on her 26th birthday in 2017 – the same year that she says she was rejected from the Victoria’s Secret show because ‘her body did not look good enough’.

‘Eight years later, on my 26th birthday, I had a nervous breakdown and I couldn’t leave my house for a year without panic attacks and severe anxiety,’ she revealed.

‘I also had a bout with suicidal ideations, which was terrifying, and that was four years ago.’

In recent months, Bridget has been incredibly outspoken about the physical and mental toll her modeling career has taken, and she explained that she has been asked by a number of people what made her decide to speak out now, so many years after she suffered the ‘abuse’.

‘Today, I am two years-plus sober, I am four years in recovery from an eating disorder. I’m happy, I’m balanced, I’m strong, and I feel the best I’ve ever felt,’ she shared.

‘The reality is, I couldn’t talk about my experiences before I reached this place because I would have intense PTSD flashbacks, I would have panic attacks, and I wouldn’t be OK.

‘But I am OK now, and that’s why I’m speaking out. 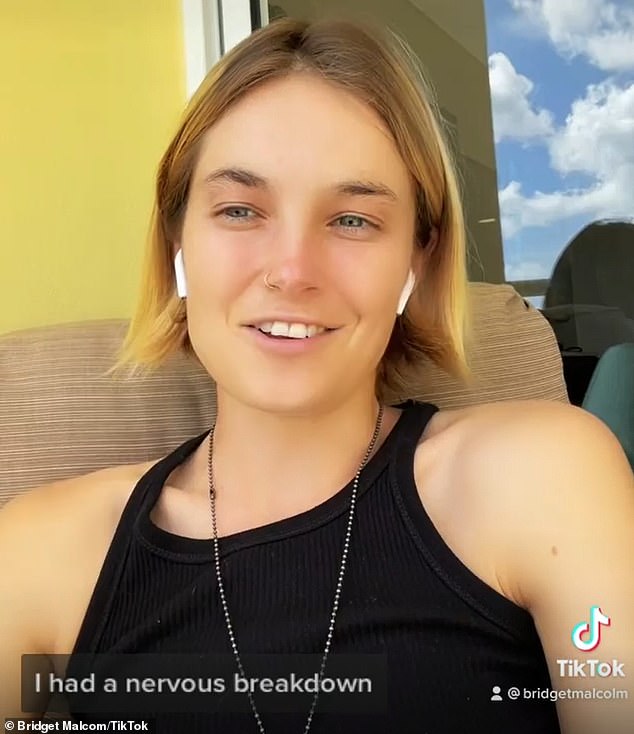 Upset: Although much of the abuse that Bridget detailed took place before she turned 18, the damaging affects were long-lasting, and on her 26th birthday she had a ‘nervous breakdown’

Bridget has previously shared the pressure she felt to lose weight as a model, revealing in 2019 that she was rejected from a job for gaining ‘half an inch’, while sharing images from that time

‘I am in solid recovery and I’m strong enough for any backlash, and I wasn’t before this.

Read More:Bridget Malcolm says she was told to do cocaine and have sex to lose weight while